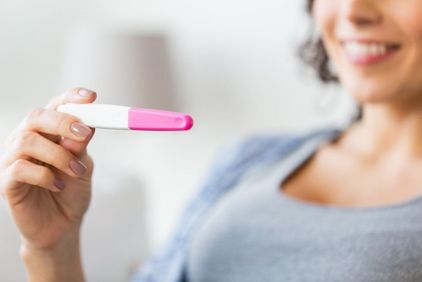 Many women who have already had children opt for a tubal ligation, a pregnancy-inhibiting procedure that is considered permanent. This procedure involves minor surgery to cut or block the fallopian tubes that carry eggs to the uterus. However, sometimes women change their minds after undergoing this procedure, and decide that they want more children.

Fortunately, our team of specialists at the Fertility Center of San Antonio can perform a tubal reversal in San Antonio, TX, allowing women who have previously had their tubes tied to conceive. If you would like more information about tubal ligation reversal, contact our office today.

What is a Tubal Ligation Reversal?

The average success rate following tubal reversal is about 70 percent: 70 percent of women who undergo this procedure will conceive within about two years.

It is important to note that tubal reversal is not an appropriate procedure for every woman who has had her tubes tied. Our doctors can help you determine whether a tubal reversal is right for you during a comprehensive consultation and examination at our office. If your doctor does not recommend a tubal reversal, there are alternative treatment options that you can explore.

In vitro fertilization (IVF) is a popular choice, because the egg is fertilized outside of the body and is then implanted into the uterus once the embryo is prepared. With treatments such as IVF, you may be able to have a child even if we cannot reverse your tubal ligation.

Benefits and Risks of Tubal Reversal

As with any surgical procedure, there are some risks associated with a tubal reversal. Risks related specifically to tubal reversal may include tubal or ectopic pregnancy. An ectopic pregnancy occurs when the fertilized egg implants somewhere other than in the uterus. An ectopic tubal pregnancy occurs when the fertilized egg implants and develops in one of the fallopian tubes. While the average risk of a tubal pregnancy is between just 2 and 3 percent, this risk increases to between 10 and 15 percent after tubal reversal.

For many women, the possibility of having another child and continuing to build a family outweighs any potential risks of this procedure. Additionally, tubal reversal is much more cost effective than alternative treatments, and can potentially allow you to become pregnant multiple times.

The average success rate following tubal reversal is about 70 percent: 70 percent of women who undergo this procedure will conceive within about two years. Age can play a role in one's ability to conceive after tubal reversal. Women under the age of 35 have the greatest chance of a successful and healthy pregnancy following the reversal of a tubal ligation.

Because age can impact your fertility, tubal reversal may be less effective in women over the age of 35. In general, women who are healthy and whose fertility is not impacted by other factors have good odds of successfully conceiving and giving birth to another child.

To learn more about this procedure and find out if you are a candidate for tubal reversal, contact our fertility center today to schedule a consultation with one of our fertility experts.

Jul
17IUI TimelineIntrauterine insemination (IUI) significantly increases the chance of...
Jun
24Fertility Treatment for Unexplained InfertilityOne of the first steps of fertility treatment...
May
25Are You an Ideal Egg Donor Recipient?Egg donation helps women experience pregnancy when they...
Apr
27Frozen Embryo Transfer TimelineFertility services at the Fertility Center of San...
Mar
30PCOS SymptomsPolycystic ovarian syndrome, or PCOS is estimated to...
Mar
2Methods of Tracking OvulationThe doctors at the Fertility Center of San...

"Even though we have a fertility center close to home, we chose to drive many miles because we were made to feel so comfortable and at home at Fertility Center of San Antonio. It was worth the time and money! Our miracle baby is now 4 years old!" - Eliza S.

"After many year trying to conceive, my husband and I are now pregnant. The Fertility Center of San Antonio staff did an outstanding job figuring us both out. Their service and dedication to our situation was beyond our expectations." - Jennifer J.