The fertility doctors at the Fertility Center of San Antonio have over 30 years of experience treating a wide range of fertility issues. Dr. Martin, Dr. Neal, Dr. Retzloff, Dr. Adams, and Dr. Pool all proudly served our country and are all military veterans. Our doctors continue to study the latest technologies and techniques to bring our patients the highest quality reproductive assistance. To learn more about our services, contact our office today.

The Fertility Center of San Antonio was one of the first programs in the country to be office-based, and has had many first events, including the first ICSI pregnancy in the Southwest. 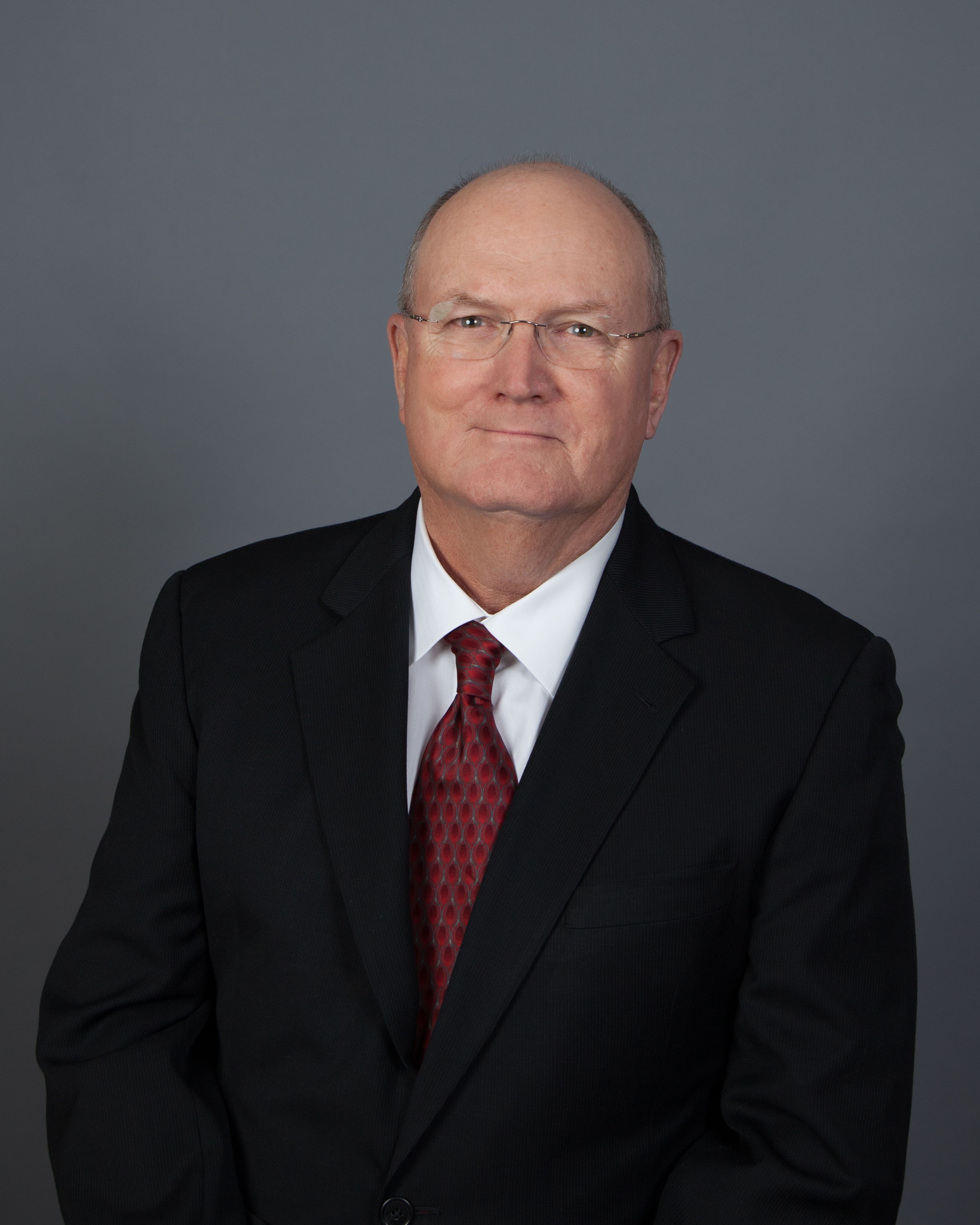 Dr. Thomas B. Pool, a native of Texas, is our dedicated embryologist and director of the center’s assisted reproductive technology laboratory. Dr. Pool has been selected to receive the 2018 Society of Reproducitve Biologists and Technologists Lifetime Achievement Award and will be presented to him at ASRM in October 2018. Click here to listen to his podcast interview on an Episode of "Focus On Fertility" in acceptance of this award. This award is given in appreciation to his many contributions to the fields of reproductive biology and laboratory technology. In May 2018, Dr. Pool was also invited to join the Editorial Board of Fertility and Sterility Journal of the American Society of Reproductive Medicine. This recognition is bestowed upon by his peers that he is a leader in the field and is a huge honor! In addition, he is the editor for the Journal of Assisted Reproduction and Genetics, emeritus editor of Reproductive Medicine Online and is an invited speaker at many medical conferences worldwide.

Dr. Pool earned a Bachelor of Science degree in Agriculture in 1970 and a Master of Arts degree in Biology in 1973 from Sam Houston State University in Huntsville, Texas. He went on to attend the University of Virginia as a National Institutes of Health predoctoral trainee in developmental biology, and was awarded the Doctor of Philosophy degree in 1976. In 1978, Dr. Pool completed a two-year postdoctoral fellowship in cell biology at the University  of Texas Health Science Center at San Antonio. The same year, he joined the faculty of the University of Texas Medical School, and was promoted to Associate Professor in 1984. In 1986, Dr. Pool became the Embryologist and Laboratory Director for the Fertility Program at Methodist Hospital in San Antonio, and was appointed as the Program Director in 1989.

Dr. Gregory S. Neal is a native of Texas and grew up in San Antonio where he graduated from Robert E Lee High School. He earned a Bachelor of Arts Degree in Biology in 1982 and a Master of Science Degree in Biochemistry in 1984 from Texas A&M University. In 1988, he earned an M.D. degree from Texas A&M College of Medicine, then completed his internship and residency in Obstetrics and Gynecology in the United States Air Force at Wilford Hall Medical Center, San Antonio, Texas in 1992. After proceeding to New York, Dr. Neal completed a fellowship in reproductive endocrinology and infertility at the New York Hospital-Cornell Medical Center in 1994, under the direction of Dr. Zev Rosenwaks. Dr. Neal joined the faculty in the Department of Obstetrics and Gynecology at Wilford Hall Medical Center, Lackland AFB, TX in 1994 and served as a Major in the United States Air Force until May 1999. He was the Chief of Reproductive Endocrinology and Infertility during his tenure at Wilford Hall and his duties included training the OB/GYN residents. He established a highly successful IVF program at Wilford Hall which is still in existence today. Dr. Neal is a Fellow of the American College of Obstetrics and Gynecology, and is Board Certified in Reproductive Endocrinology/Infertility and Obstetrics and Gynecology.

Dr. Matthew G. Retzloff joined the Fertility Center of San Antonio in 2014.  Dr. Retzloff, a native of San Antonio, Texas, earned his Bachelor of Science in biology in 1990 from the United States Air Force Academy and a M.D. degree in 1994 from the University of Texas Southwestern Medical Center in Dallas, TX.  He completed his residency training in Obstetrics and Gynecology in the United States Air Force at Wilford Hall Medical Center and Brooke Army Medical Center, San Antonio, TX in 1998.  Dr. Retzloff studied at the Brigham and Women’s Hospital, Harvard Medical School, in Boston, MA, where he completed a fellowship in Reproductive Endocrinology in 2003.  He subsequently directed the IVF program at Wilford Hall IVF center for over 8 years and led its transition to Brooke Army Medical Center in 2011.  He retired in Sept 2014 from the US Air Force, after almost 21 years of distinguished service to our country.

Dr. Retzloff is a Fellow of the American College of Obstetrics and Gynecology, and is board certified in both Reproductive Endocrinology and Obstetrics and Gynecology.  He has served on the Executive Council for SART (Society for Assisted Reproductive Technologies) and has authored and presented numerous studies related to IVF and ICSI at national professional society meetings.  His special interests include infertility, fibroids, surgery related to fibroids, advanced operative laparoscopy and hysteroscopy, to include daVinci robotic assisted surgery, and in vitro fertilization.

Dr. Jaye Adams joined our Fertility Center physician team as of Sep 1, 2018. Dr. Adams earned her Bachelor of Arts degree in Biology in 1992 from Texas A&M University and an M.D. degree in 1996 from Tufts University School of Medicine in Boston, MA. She returned to Texas to complete her residency training in Obstetrics and Gynecology as an Air Force physician at Wilford Hall Medical Center and Brooke Army Medical Center in 2000. Dr. Adams practiced as a general Obstetrician/Gynecologist for the Air Force until 2012; serving in Germany, Mississippi, England, and as Chief of Gynecology at San Antonio Military Medical Center. During this time she was proud to have deployed to Kabul, Afghanistan in support of Operation Enduring Freedom where she assisted an Obstetrics training team at an Afghan host nation hospital.

In 2012, Dr. Adams went on to complete fellowship training in Reproductive Endocrinology and earn a Master’s of Science in Clinical Investigation at Baylor College of Medicine in Houston, TX; allowing her to practice full-time in her favorite niche of Ob/Gyn – helping couples to pursue their family building dreams. After completing fellowship studies, she returned to SAMMC to practice as an active duty Reproductive Endocrinologist, most recently serving as the IVF Director at SAMMC. Dr. Adams retired in June 2018 from the US Air Force after 22 years of service.

Dr. Adams is a Fellow of the American College of Obstetrics and Gynecology, and is board certified in both Reproductive Endocrinology and Obstetrics and Gynecology. She has authored manuscripts related to PCOS, and ovarian granulosa/theca cells. Her special interests include infertility, ovulation disorders, and fertility preservation. Dr. Adams and her husband enjoys spending time in the Texas Hill Country and cooking for her family. We are happy to have her on our team!

Schedule a Consultation with our Experts

To learn more about how our expert care can benefit you and your family, schedule an appointment today. Our doctors are glad to help all hopeful parents through services including LGBT family building.

Jul
17IUI TimelineIntrauterine insemination (IUI) significantly increases the chance of...
Jun
24Fertility Treatment for Unexplained InfertilityOne of the first steps of fertility treatment...
May
25Are You an Ideal Egg Donor Recipient?Egg donation helps women experience pregnancy when they...
Apr
27Frozen Embryo Transfer TimelineFertility services at the Fertility Center of San...
Mar
30PCOS SymptomsPolycystic ovarian syndrome, or PCOS is estimated to...
Mar
2Methods of Tracking OvulationThe doctors at the Fertility Center of San...

"Even though we have a fertility center close to home, we chose to drive many miles because we were made to feel so comfortable and at home at Fertility Center of San Antonio. It was worth the time and money! Our miracle baby is now 4 years old!" - Eliza S.

"After many year trying to conceive, my husband and I are now pregnant. The Fertility Center of San Antonio staff did an outstanding job figuring us both out. Their service and dedication to our situation was beyond our expectations." - Jennifer J.